Media passes for FreedomFest are available for professional, credentialed, and established media personnel. We have a very limited number of spaces on media row, which are reserved for highly active media outlets with large scale audiences, and we also issue general passes for journalists who do not need a fixed space for the duration, but still want to cover our event.

For the media pass code and instructions on registration, please email our Media Liaison at Norann@FreedomFest.com

FreedomFest is an annual festival where free minds meet to celebrate “great books, great ideas, and great thinkers” in an open-minded society. It is independent, non-partisan, and not affiliated with any organization or think tank. FreedomFest invites the “best and the brightest” from around the world to talk, strategize, socialize, and celebrate liberty. FreedomFest is open to all and is purely egalitarian, where speakers, attendees, and exhibitors are treated as equals. The Washington Post called it “the greatest libertarian show on earth.”

FreedomFest is open to anyone who enjoys a wide interest in books, art, music, film, and drama in all topics, including science, philosophy, economics, health, sports, technology, business, religion, law, and politics. FreedomFest attracts people of all walks of life and across the political spectrum to learn, debate and honor great books, great ideas, and great thinkers.

FreedomFest 2018 will have over 200 different speakers speaking in over 125 general sessions, debates, panels, lectures and other presentations.

Highlights of the previous FreedomFest conferences include: 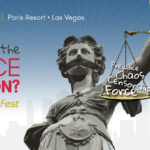 Where is the Voice of Reason (interview with Mark Skousen), Financial Survival Network, June 25, 2018

Steve Forbes Talks Education, Politics, and the Economy, Circa, July 31, 2017

FreedomFest Shows the Liberty Movement is Alive and Well, The Daily Signal, July 27, 2017

Crony Capitalism Against the Real Thing, The Washington Times, July 25, 2017

Coverage of FreedomFest by ChineseFN, with Jim Rogers, Stephen Moore [in Chinese and English], July 21, 2017

Trump has a Unique Opportunity to Include Some of the Dem Base, The Daily Caller, July 21, 2017

Jumping aboard “The Free Enterprise” at FreedomFest 2017 with Dave Sussman and Mark Skousen, Whiskey Politics, June 12, 2017

Improving polls might get Libertarian Presidential Gary Johnson on the debates.

A PLAYBOY CONVERSATION WITH GARY JOHNSON ABOUT THE POLITICS OF SPINELESSNESS, Playboy, July 20, 2015

WHAT IS TRUMPISM? PERSONAL AMBITION AND POLITICAL CONTROL, Foundation for Economic Freedom, July 17, 2015

ARE LIBERTARIANS CRAZY CULTISTS WHO SHOULD BE DROWNED? PLAYBOY INVESTIGATES, Playboy, July 14, 2015

FORMER PAYPAL CEO PETER THIEL: PAYPAL WOULD ALLOW FIREARMS TRANSACTIONS IF I WAS STILL THERE, The Daily Caller, July 11, 2015

WHOLE FOODS CEO JOHN MACKEY: MICROSOFT WAS ‘BETTER OFF WHEN BILL GATES’ WAS IN CHARGE, The Daily Caller, July 11, 2015

A FEW THOUGHTS ON MARCO RUBIO AFTER HEARING HIM SPEAK, Playboy, July 10, 2015

MOORE VS KRUGMAN THROW DOWN AT FREEDOMFEST, Breitbart, July 10, 2015

EXCLUSIVE – MOORE: KRUGMAN WILL DEFEND OBAMANOMICS WHICH IS BASED ON SOCIALISM, Breitbart, July 9, 2015

FREEDOMFEST IS THE HOTTEST GAME IN VEGAS, PJ Media, July 7, 2015

Washington, DC: A recent report on the Rachel Maddow Show (MSNBC, March 12) identified FreedomFest as the source of an exchange between then-presidential candidate Donald Trump and Russian gun rights activist Maria Butina on the subject of Russian sanctions and Vladimir Putin on July 11, 2015 at Planet Hollywood. The report quoted authors Michael Isikoff and David Corn in “Russian Roulette: The Inside Story of Putin’s War on America and the Election of Donald Trump” (Twelve, March 13, 2018).

In the book, the authors incorrectly characterize FreedomFest as a “conservative evangelical” event and Ms Maddow perpetuates that error in her reporting. Neither the Rachel Maddow show nor the “Russian Roulette” authors reached out to FreedomFest for comment before broadcast or publication.

FreedomFest is a big-tent, non-partisan, libertarian conference, billed as “the world’s largest gathering of free minds” that has been taking place in Las Vegas since 2007. The FreedomFest mission is to explore issues of freedom and liberty as related to politics, economics, finances, health and healthcare, art, technology, education and other important social topics as an open forum. As such, FreedomFest is known as a place where news is made, and many media outlets cover FreedomFest and its famous mock trial, debates, panels and keynote speakers.

At the 2015 conference, newly declared presidential candidate Donald Trump agreed to speak at FreedomFest less than one week before the start of the event, and the conference organizers changed the schedule to create a slot for him on the main stage on Saturday, July 11. The organizers insisted the speech include an open, unscripted question-and-answer period with the audience. No questions were submitted to Donald Trump, his campaign or FreedomFest staff ahead of time. Other than allowing Mexican businessman Roberto Salinas to ask the first question, the question-and-answer period was completely open to anyone in the audience who wished to ask a question.

Maria Butina was registered as an attendee at FreedomFest before Donald Trump was part of the agenda. She asked Mr Trump a series of questions about Russia during the open question-and-answer period at the end of his speech.

Ron Paul, the former congressman and presidential candidate, came in at the top spot.

The list of favorite libertarians in politics, academia, entertainment, finance and more was determined by Newsmax and a survey conducted in March by FreedomFest. Over 10,000 people responded to the Newsmax/FreedomFest Survey, making for a thrilling race with different names overtaking the pack throughout the month.

Newsmax and FreedomFest reviewed the results and selected their list of Top 100 Most Influential Libertarians with an assessment of their influence.

Historic Photograph of Top Libertarians at This Year’s FreedomFest

FreedomFest is pleased to announce that it will be taking a photograph of the most influential libertarians at 5:00 pm PT on Friday, July 21, at the Paris Resort in Las Vegas, as part of its 10th anniversary celebration (July 19-22).

All top 100 libertarians on the list are being sent special invitations, and many have already confirmed they will be there for this landmark event. They include John Stossel, Lisa Kennedy, Steve Forbes, Nick Gillespie, David Boaz, Dan Mitchell, Jennifer Grossman, Matt and Terry Kibbe, Jeff Tucker, Doug Casey, Mark and Jo Ann Skousen, among many others.

FreedomFest is known as “the world’s largest gathering of free minds.” The annual libertarian conference takes place July 19-22, 2017, at the Paris Las Vegas Resort, in Las Vegas, NV, and is celebrating its 10th anniversary this year. The official theme is “Exploring New Frontiers” and features a keynote address by William Shatner. For more information: 2018.freedomfest.com